It’s a short lesson, where I’ll show you some easy ways to say “I don’t know” in Russian. As you might know, one simple phrase in Russian can be spoken in many different ways. For example:

Не знаю я. – same meaning but mostly used when you are annoyed. For example, when someone
asks you the same thing over and over again. In such case we usually add “да” in the beginning.

Note that word order can be quite tricky. “Не знаю я” sounds absolutely okay, but you can’t say “знаю я не”, “я знаю не”. You should put “не” before the verb in this case. Or, before the noun (pronoun) if it’s what you want to deny. “Не я знаю” is possible but quite rare. It can be used if you want to say that it’s NOT YOU who knows something, it’s other person who does.

Read also: How to say ‘How are you?’ in Russian

Other ways to say “I don’t know”

Okay, the easiest way we’ve just learned. What about others? Here’s the list with translation:

Откуда мне знать? – lit. Where can I know this from? ( = it’s impossible from me to know it from somewhere).

У меня нет ни малейшего представления. – I don’t have any idea. (I haven’t the faintest idea.) 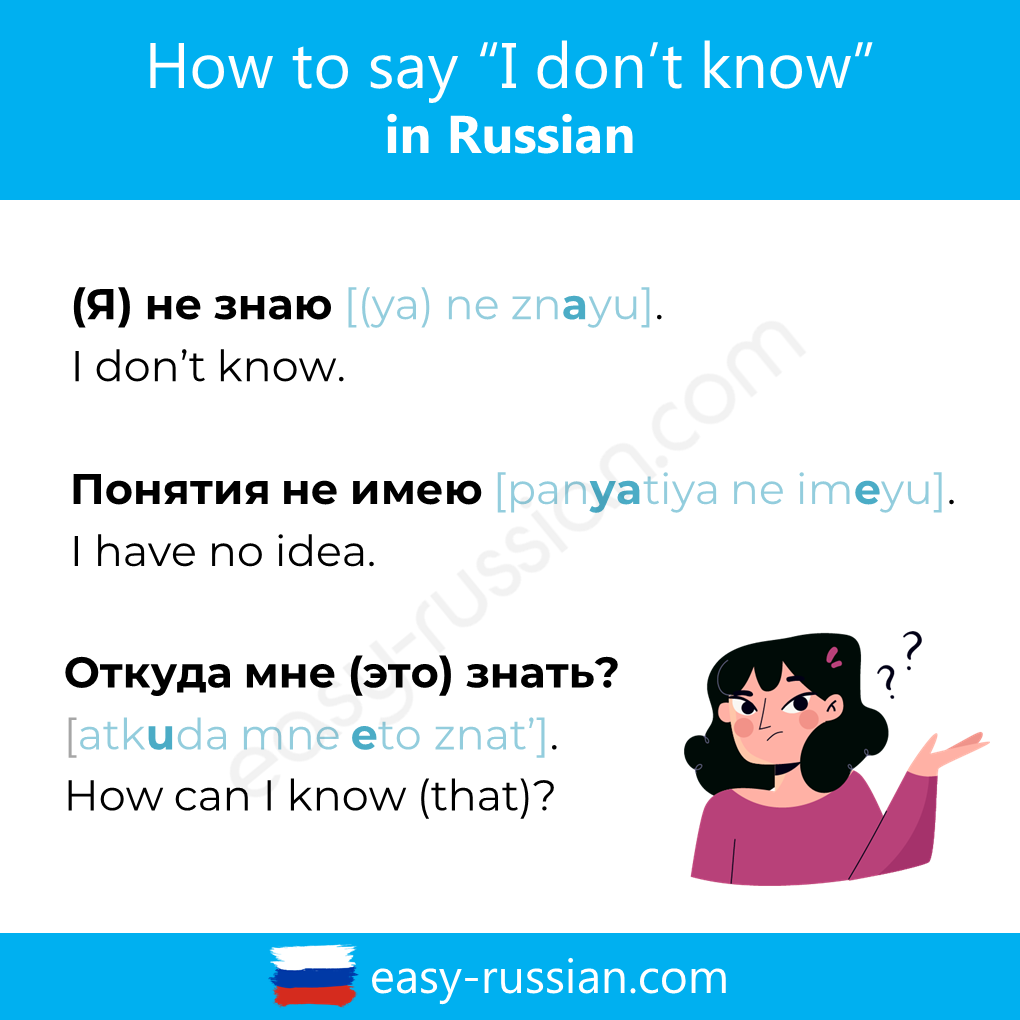 I hope it was useful for you. Leave your comments below to suggest a topic for me to explain the next time!