Skip to content
If you want to learn Russian, you need to begin with the alphabet. Otherwise, the ability of reading will be impossible. I can tell you that reading in Russian is simple if you know the pronounciation of every letter. The words are made of letters, which are like bricks. You just put them together to get a syllable, and then a whole word. But as a rule russian letters sounds the same in words as they do separetely. Not like in English. That’s a great advantage for learning.

There’s an easy way to learn the Russian alphabet. It’s not absolutelly easy but it’s not difficult to understand. Of course, if you really want it and not going to give up.

First, let’s see how the Russian alphabet looks like: 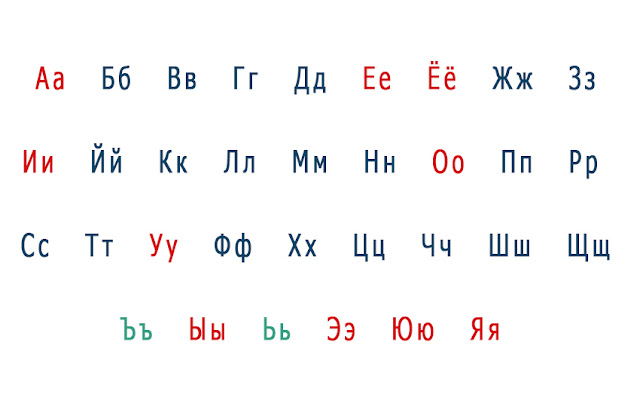 Letters seem a little tricky, right? As you can see, the colors differ. This way I wanted to mark the Russian consonant and vowels. Consonants are blue and vowels are red. There’s two letters wich have another color. We will talk about them later.

First letter of Russian alphabet is the same as in English. Actually, the second one too. It just looks differently. Let’s find out about each cyrillic letter.

Good news for you, there are 5 letter that you already know from English, and they are pronunced the same way! It’s А, О, Т, К and М.

But as you can see, small “м” doesn’t look like the English “m”. You need to remember this moment. Also the small “к” in the Russian langiuage doesn’t have that long tail like “k”.

Let’s take a closer look at these letters:

A is pronunced the same as “a” in father or rather.

T as in talk, tost, etc. But in Russian “т” is more hard. We press our tongue against the top teeth.

O is a little tricky. Because it can be pronounced differently. It is normally pronunced like “o” as in sort or door. But if this letter appears is in the unstressed syllable, it becomes “a”. For example, хорошо – [hara’sho].

Another group of Russian letters, which look familar but sound differently, includes В, Е, Н, Р, С, У, Х. Be careful with them.

B is not “b”. It is “v”. As in vase, village, volume. This letter has a voice, but it becomes voiceless at the end of the word. So, it becomes the “f” sound.

Р is not “p”, as in English. It is thrilled “r”. Just like in Spanish language, for example. There’s no equivalent of this letter in English. Only in some british accents.

Е is pronounced like “ye” if it’s the first letter in the word or appears after “ь”, “ъ”. It sounds very soft after consonant letters. In the unstressed syllable it becomes “ee” like in “see”.

Х is not the English “x”. It sounds like “kh”. Very similar to English “h” in heart or home. But it’s stronger than “h”.

Now it’s time to look at some weird Russian letters which you’ve probably never seen before.

Б is just “b”, like in bee, busy, board. This consonant is voiced. If it’s at the end of the word it sounds more like “p”, it loses it’s voice.

Д is another voiced sound. It is pronunced like “d” in door, drill, drop, etc. At the end of the word it is “t”.

Ж is [zh] as in azure. This letters loses its voice at the end of the word and becomes [sh].

Ё is “yo”, like many rap singers say. Another example where it sounds similar is the word “your”.

Ф is pronunced like “f”. Same as in friend, foot, feeling, etc.

Ш – [sh]. But note that in Russian this sound is more hard.

Щ – [sh’]. This is the soft version of “sh”, like you use in English. Every word with “sh” can be examples for this letter.

Ъ is called the hard sign. Makes the preceding consonants hard. But it’s mostly used to separate vowels and consonants in words.

Ы… oh, this is a very difficult thing to pronounce. But it’s very similar to “i” or “y” that appears in some words (more often in American English). For example, physics, listen. It’s not like in sea. The letter ы sounds harder.

Ь is called the soft sign. It doesn’t have any sound. It helps in creating soft sounds. To make a consonant soft you need to put “ь” after it.

Э is pronounced like “e”. The words say, hey. they are good examples for the pronunciation of this word.

Ю just “you”. It sounds exactly like this word.

Я gives the [ya] sound. But when it appears in the unstressed syllable, it becomes “ye”.

I think it is enough for one lesson. In the next post we’ll take a closer look at all of those letters.

25 Russian Tongue Twisters For Beginners
Pronunciation of r in the Russian alphabet
How to read in Russian: Easy Way! 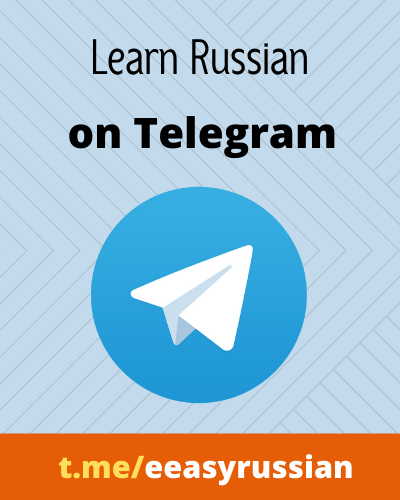